Geek of the Week: Stephen Coty 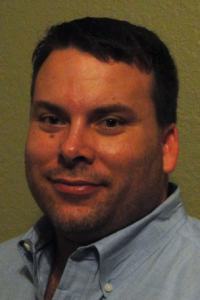 A few months ago we launched a feature called Geek of the Week. Every week, CloudWedge nominates a ‘Geek of the week’ to any cloud leader who has been in the news in the last week that we feel deserves special mention or praise.

We are happy to announce this weeks’ Geek of the Week is Stephen Coty, director of security research at Alert Logic. We have decided to award Coty with this honour as he was the lead researcher on the Alert Logic cloud security report. This report is important at it further illuminates just how much further cloud security measures have to go.

Coty has been in the Hi-Tech industry for over 20 years and has focused on IT security since the late 90’s. He has worked up the ranks, starting as a penetration tester and auditor to now being the research director.

Prior to Alert Logic, he was the Manager of Cyber Security for Rackspace. He also in a number of different roles for several other companies including: Senior information Security Consultant for Wachovia, Principal Consultant for ENCG, and Senior Network Consultant for Netigy.