New Cloud Storage Pricing Models that are Changing the Market 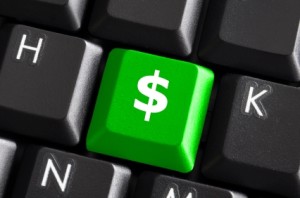 When you buy a tankful of gas for your car, you pay for a tankful of gas. That’s how it used to be for data storage as well. Sure, you got a discount over a certain level and prices have generally been going down overall (unlike gasoline). However, the price structure for megabytes, gigabytes and even terabytes followed conventional models – until now. Just as the Internet upset the traditional bricks and mortar sales outlets over a decade ago, now players in cloud storage are offering new business models. And if they take off, many customers won’t ever want to go back.
It’s Not About What You Store – It’s About What You Restore
A new pricing model from the Asigra Company with particular emphasis on disaster recovery turns things around. It’s based not on how much data an organization backs up, but how much it restores. In particular, a ‘recovery performance score’ determines the amount of money a customer will pay. The Asigra system emphasizes value rather than cost: the value is in the data restored, rather than the data saved.
Take All These Terabytes for Free
Granted, giving away the first few gigabytes for free has been a popular pricing model for many cloud storage providers, but giving away ten terabytes sounds like a game-changer (how long such a statement stays true remains to be seen). Chinese provider Tencent made the offer at the end of August, after its rivals Baidu and Qihoo 360 (also Chinese) had opened earlier with one terabyte of free cloud storage. To get in on the Tencent offer, users must download an iOS or Android app.
Tricky, Tricky
How about pricing structures that charge for cloud storage according to the input/output operations you perform on that data? Rather more complicated than the Asigra example above, this approach is also value-based: data you use is worth more than data that lies dormant. It relies on recording the different commands like PUT, POST, GET and DELETE you issue relating to the content you’ve uploaded for storage. If you’re just storing system logs or accounting data from previous years, this may not affect you greatly. On the other hand, if you are actively using cloud storage for content distribution to other people, then this kind of charging rapidly becomes a big deal, as in more expensive.
You Pay Me, I Pay Them, They Pay…
Where there’s a buck to be made, someone somewhere will find out how to do it. What has been done for ages in financial trading is now also being envisaged for cloud data storage. It’s a technique called arbitraging and in its simplest form it consists of reselling a good or a service to make a profit. For cloud storage, this might be done by compressing or de-duplicating data from several customers to squeeze it into the cloud storage space normally occupied by one customer. The arbitrager offers lower prices per customer, pays an overall lower price to the cloud storage provider and pockets the difference.
And the Future?
Cloud providers won’t stop there in their efforts to innovate in pricing and attract more business. Some of them are already looking at other industries such as insurance to see how they can replace cost-based commodity type sales with value-based, more profitable propositions to customers. Others may dig deeper into low-cost models to root out the service items that cost more to provide and that matter less to their market. For the foreseeable future though, cloud storage will still be a buyer’s, not a seller’s market.