Solid state storage devices refer to data storage which has no moving parts.  Traditional disk storage devices, like that found in your notebook computer, have disks that rotate at very high revolutions per minute (RPMs) and a controller which moves back and forth across the surface writing and reading data.  Although these systems have advanced to the point where the failure rate is less than 1 bit in 1 billion operations, there is the common sense idea that because they are mechanical, they are subject to mechanical failure. 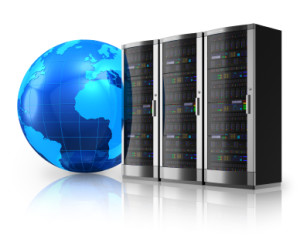 Solid state storage devices are used in smart phones and tablets and even enterprise storage systems.  They store data in flash or RAM memory instead of on magnetic disk drives.  While not at first easy to understand, flash and RAM memory cells can wear out over time.  This is called “write exhaustion” and leads to mechanical failure.  One away to avoid this is to add capacity since solid state drives switch to new cells instead of rewriting existing data blocks as traditional disks do when they write or update data.

Wear are tear and error rate are not the key factors to consider when thinking about solid state storage.  The main consideration should be speed.  The data transfer rate with solid state storage is much faster than with magnetic disks.  This is important when you think of a bottleneck in your otherwise rapid application.  Think of the mouse icon turning into an hourglass as your customers decamp to your competitors.

For enterprise applications, solid state drives are available, but a more cost-effective use of this technology is disk cache.  When the disk controller is busy working on other tasks, the write and update operations are put on hold if the disk controller is busy.  (Read operations can come from a replica of the data, so the data can be ready from another disk when the primary one is busy.).

Solid state storage costs significantly more than hard disk drives.  To provide reduced seek time (thus increased performance) some vendors like IBM use algorithms to move data to the solid state storage for a time then move it away.  Cache, for example, is an old technique where data from a database can be stored in memory to speed retrieval for read operations.  IBM’s EasyTier algorithm does the same thing, except it moves the data on solid state storage when the data is required then offloads it to lower-cost disk drives for storage.

Sun (bought by Oracle) says their solid state drives work at 100 times the speed of hard disks.  On the cost side they say they require less storage space and electricity.  Oracle tends to package solutions instead of sell them individually.  So their SPARC T4 servers come optionally with 300 GB solid state storage.