Home > News > A Few Misnomers About the Cloud

A Few Misnomers About the Cloud

Despite what some may say, the cloud is here to stay. The vision of using computers as a utility was highlighted in a speech at MIT’s centennial celebration by John McCarthy in 1961. This evidence shows us that the idea of cloud computing has been around before the creation of the internet itself. 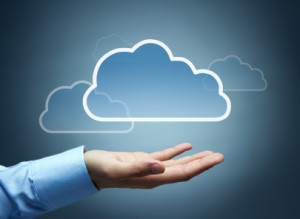 In high level business meetings, you’ll see non-technical people audibly refer to “The Cloud” and hold up their fingers as if they are making quotation marks in the air. For some people, the cloud is still viewed as being fringe technology. These people should understand that the cloud is not a passing trend. The cloud is a technological framework for what all businesses will be built upon in the future.
The next argument against the cloud is always security. People who haven’t accepted the cloud will quickly bring up media coverage of a popular website being hacked that uses the cloud. Recently Snapchat was hacked and over 4.6 million usernames and passwords were leaked online. How can cloud administrators prevent this from happening in their environment? Stay educated. Go to conferences, talk to others in the field and always be willing to learn. Setup social media alerts for breaking security exploits relating to the products that you use. Constantly assess and reassess your cloud’s risk profile.
From an outsider’s perspective on the SnapChat fiasco, it seems as if the company grew rapidly and security of their cloud was put on the back burner. Industry experts say that the Snapchat hack was completely preventable. They noted that SnapChat administrators put in minimal roadblocks however the hackers were easily able to bypass them.
To clear up any misnomers about the cloud being a fad or the cloud being insecure, think about one of the basic premises of computing. Input equals output. This means that whatever you put into your cloud, you will get out of your cloud. If you put minimum effort into maintaining the security of your cloud, you shouldn’t be too surprised if your cloud gets hacked.