Home > News > Online File Backup and Sharing – Even When You Don’t Want It?

Online File Backup and Sharing – Even When You Don’t Want It? 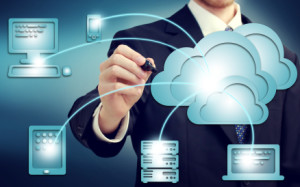 When you back up your files into the cloud, you don’t know where they end up; not physically or geographically, at least. It could be argued that the point of the cloud is exactly that. Users don’t have to worry about storage. They just hand their files over, have them stored ‘somewhere’ and recover them, update them or delete them as they need and when they need. So far so good – but what if cloud users’ files were being dispersed or shared in ways that left them open to breach of privacy?
File Sharing that Users Want
Let’s say right away that file sharing is in some cases ardently desired by users. Personal cloud users want to share music and photos, business users want to share project documents and deliverables, and content providers want to get their information out over content distribution networks. When this is properly managed, for example with the use of access control lists, file sharing becomes an opportunity rather than a risk.
The Hadoop Phenomenon Applied to File Backup
Hadoop is the open source software application that allows large computing efforts to be shared over a multitude of computers. It breaks the problems down into bite-sized pieces that can be handled for instance by ordinary PCs; the calculations are done and the result assembled from the contribution of each machine. Now it seems that the idea behind Hadoop is being applied to online file storage and sharing, in a way that may surprise some file owners.
Peer to Peer Cloud File Backup
In this scenario, files are sliced up into encrypted fragments and stored in other machines that are part of the peer to peer network. As these machines may be located anywhere there is an Internet connection (anywhere in the world), files benefit from an additional measure of protection from any disasters that might strike a given data center (like the ones run by Amazon and Google). Storage like this is also more ecologically friendly, so the argument goes, because it uses existing machines instead of requiring the construction of a purpose-built data center with its needs for power, air conditioning and so on.
File Sharing that Users Might Not Know About
In such a peer to peer cloud system, users’ files are physically (but hopefully not logically) shared across the network. For customers who feel at ease with this idea and who are convinced by the level of encryption being applied, peer to peer file storage may well be attractive, especially as it promises financial benefits. In fact, it could also be argued that more conventional cloud storage systems offer no better protection, especially if they lack encryption or hand over data in response to demands by public authorities.
What Investors Think
Given the new business ventures attracting investment at the moment for peer to peer file storage, there appears to be significant interest in the market. Space Monkey, Connected Data, Symform and BitTorrent are among the companies providing a new type of ‘swarm’ solution to replace the by now ‘traditional cloud’. Likely customers include small and medium businesses (SMBs) that have growing online file backup needs, but that find conventional cloud provider tariffing too expensive once they reach a requirement to back up hundreds of gigabytes of data.