2014 has been a big year for technology investments, particularly within cloud security. Oftentimes, technology investors are known only in the tech world, and sometimes not even then. This got us thinking about who are the investors we have heard of.
Here are some of the better known tech nerds and investors.

As one of the more outspoken ‘techies,’ Milano is proud of her love of technology.  In an interview she was quoted as saying, “I’m extremely tech curious. I’m inspired by technology the same way I’m inspired by art or a great piece of music. I love innovation and invention. I’m oddly motivated by great thinkers that look outside the box and become pioneers.”

In addition to being an A-list celebrity, actor, and producer, Kutcher is also an avid tech investor. In 2011, along with two others, Kutcher created a venture fund, A-Grade Investments. Through this fund he has invested in a number of tech companies including: Skype, Spotify, Hipmunk, Chegg, Flipboard, and Airbnb.

Though some people only attribute Timberlake’s pro-tech image from the movie ‘the social network’. Timberlake has been consistently and silently angel investing tech start-ups through Tennman Digital. In June 2011, he was part of the MySpace purchase for approximately $35 million.
He has also invested in image sharing sites and music education apps (Stipple and Miso Media) 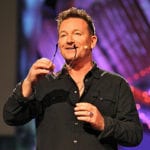 Bono is one of the more active tech investors, he co-founded the private equity firm Elevation Partners. Through them he has investments in Facebook, Yelp, and MarketShare

Andy Samberg is a spokesperson for and an investor in CanaryHop a tourism marketplace of sorts.

Will.i.am is the director of creative innovation for Intel.

West contributed to a $7.5 million round of investing for Turntable.fm, the social music-sharing network.

Gaga also invested in Turntable.fm. In addition to this, she invested in Backplane, a celebrity-focused social media service. 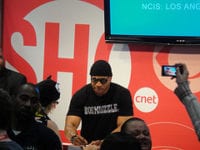 Mraz is also involved with Intel. Additionally, he was part of a $1.75 million seed round for Trippy, a social travel website. He is also on their advisory board.

Also invested in Trippy and is part of their advisory board

Bieber has investments in PhoneGuard, Inc. as well as Spotify

Though not the most successful of tech investors, Fry invested in Pushnote, a social networking site that folded after only 18 months.

Gomez invested $750,000 in the Postcard on the Run, a mobile app that sends postcards.