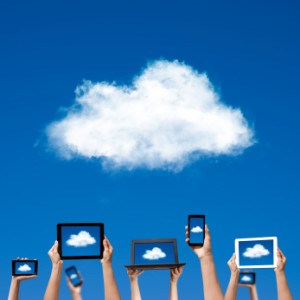 Once in a while a market phenomenon occurs and an acknowledged leader emerges. For the automobile, it was the Ford Motor Company. For the personal computer, it was Microsoft. For personal cloud storage, the consensus appears to be that DropBox is the most successful offering. While the competition is intense and lively, DropBox continues to score points with new and existing customers. New entrants to the market position themselves as ‘Better than DropBox’, reinforcing the impression of the leader’s market might. Still, General Motors overtook Ford and Microsoft is seeing its PC apps being squeezed by the new generation of non-Microsoft mobile devices. What will the fate of DropBox be?
The Top Personal Cloud Storage Devices
Although lists vary, there are a few names that seem to consistently make it into the ratings. DropBox is one of them; others include Amazon Cloud Drive, Apple iCloud, Google Drive, SkyDrive, MediaFire and Mega.  Of course, personal cloud storage provides may make it into the ‘top’ list for any number of reasons, with size, marketing clout, technological prowess or simply pricing being some of them. Why for example does DropBox get in there? Often, the reasons evoked by journalists and industry observers are that DropBox is simple, easy to use and universal.
Is Being Everybody’s Friend Enough?
While DropBox scores points by being a no-hassle solution available for all, other providers are not standing still. Computing device manufacturers and software operating system vendors are increasingly moving towards offerings with their own cloud storage built-in. Google Drive is now featured in ‘over a hundred third-party applications’, to quote Google. In addition, users of Google Drive can also ‘Connect to Drive’ to search for Drive-enabled applications, all from the comfort of their personal cloud storage service.
DropBox Strengths
Being a market leader gives you a little breathing space (although not too much, as Nokia and Blackberry found out in the mobile market). If DropBox continues to do well what it does well today, it can perhaps take a brief moment to figure out where it wants to go next. Its strong points currently are the way it is synchronized across so many different platforms, the opportunities for publicly sharing files over the web, its relative slickness and small size compared to competitors, and (let’s face it) the ingrained DropBox habit of so many of its users.
DropBox Weaknesses
Whether or not DropBox comes out with significant or innovative new features in the near future, immediate changes may come from correcting current weaknesses. In no particular order, DropBox attracts negative points among some users for higher pricing compared to say SkyDrive, less Android integration capability than Google Drive (to be expected), and less ease of backing up folders comparing to SugarSync – for instance. Yet apparent DropBox weaknesses frequently only exist in the context of specific comparisons (DropBox doesn’t offer the level of data security of SpiderOak, for example). If users compare all the features, there may not be any one contender ready to topple DropBox from the number one spot.
What’s Next?
DropBox’s next move could be to boost data security, perhaps with encryption that leaves the user totally in control. It could be to integrate into popular web browsers for a seamless cloud experience. It could even be to expand into the market for converting portable hard drives into personal cloud storage synchronized between home and work computing devices, including PCs, tablets and smartphones. Or, who knows, it could be something different again.