Wait a minute. Everybody wants to help save the planet, but with digital information there’s no combustion, no reaction and no emissions. So why should the question of green cloud storage even exist? The answer is in the power that cloud storage data centers need in order to function. Not only do all those machines need electricity to work (servers, disk farms, network devices), but so do the systems for cooling, lighting and access. How green a data center is, will then depend on how much electricity it uses and where that electricity comes from. 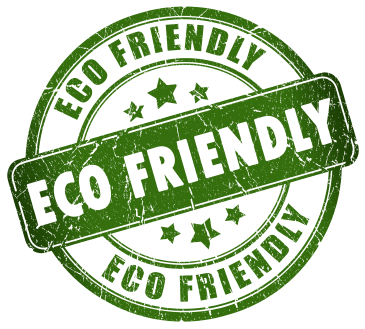 What’s At Stake?
Cloud storage server centers reportedly use anything from 50 megawatts (MW) up to over 400 MW, with individual future requirements for some centers surpassing the 1,000 MW level. 1,000 MW is the output of a couple of ‘standard’ size 500 MW coal-fired power plants – or enough to power about one million homes. If the mains power fails, server centers typically have backup solutions like diesel generators to generate a minimum level of power to prevent interruption of service – perhaps no worse than coal-fired plants, but no better either.
The Need to Chill Out
Some estimates indicate that compared to the power needed to run servers, it takes an extra 50 per cent just to cool them back down to safe operating temperatures. The more power that is needed for overall cloud storage, the more power plants must produce electricity; and the more cloud providers (and ultimately end-customers like us) must pay. So it’s easy to see that cutting power requirements is good for both the planet and our pockets. What if cloud storage cooling could be managed in such a way as to effectively reduce the overall power bill by a third?
Back to the Ice Age
Well, almost. Countries with cold climates automatically move up in the rankings for suitable places to build data centers. The idea is to use the cloud storage facility heat to warm the population, making it a useful by-product instead of a waste. If these countries can also provide carbon-neutral electricity generation, they become even stronger candidates for hosting server farms. Iceland with its natural geothermal power installations is a shining example.
The Big Guys Get On Board
Either through senior management conviction, public pressure, or a bit of both, some of the bigger server farm operators are now making moves to site new cloud storage facilities in better suited locations. Google recently put in place an agreement to power its data center in Finland using wind-generated electricity from neighboring Sweden. The cloud provider claims this is the fourth long term agreement it has made to power data centers with renewable energy, and the first one for the company in Europe.
Decision of the Jury
Ultimately, the jury is the paying public, whether consumers or enterprises. Depending on the relative strength of feelings about different offerings versus green energy policies, customers may choose to favor a ‘greener’ cloud storage provider or not. So, see you at the polling booth!