An Introduction to Enterprise Resource Planning

Enterprise Resource Planning (ERP) is the name given to systems that operate across the entire enterprise. It also means systems that take on more than one enterprise-wide function.  ERP systems can be used to manage sales, customer relations, production planning, accounting, human resources, inventory replenishment, maintenance, and more. 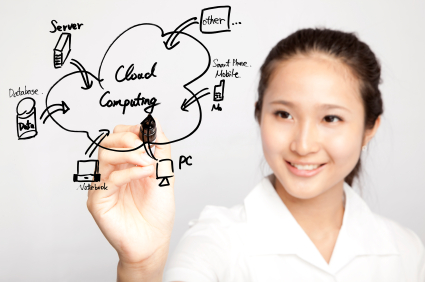 There are specialty vendors for ERP systems and then there are those who provide a wide variety of business functions.  Siebel, Peoplesoft, and Netsuite are examples of companies that focus on one particular area.  Siebel does customer relationship management (CRM), which means sales and support. Netsuite is a much smaller company that focuses on accounting, CRM, and eCommerce.  Peoplesoft (now owned by Oracle) does human resource management.
Before there were ERP systems, there were what some would dismiss as silos of automation.  In the worst case this means systems that (1) do not work across the whole business or (2) do only one thing for one group of users, like having different warehouse management systems for different warehouses.  Having a system that does only one thing is OK, but there is the need to connect that type of system to other systems.  For example, the warehouse management system needs to be connected to the shipping, order entry, and inventory replenishment systems.
What launched the term ERP was the German company SAP.  Five engineers, who had worked for IBM, started a business to write software that would operate most functions that a business needed and do so for the entire business.  Their software grew and was widely adopted across Europe.  Then the Americans became interested. Soon conference rooms across the country were filled with consultants speaking English with French, Dutch, Australian, and German accents:  these people came over from Europe, because they were the only people who had any experience with the product.
SAP has been described as a giant spreadsheet that operates across the entire organization. Its major functions include sales and distributions, production planning, general ledger, accounts payable and receivable, materials management, and plant maintenance.  It also works between different companies, because it allows companies to exchange shipping, payment notices, orders, and invoices using the EDI standard to ship documents electronically.  EDI predated SAP and is still in wide use today.
What SAP did was allow a company to use one system or a few instead of many.  Soon most of the Fortune 500 companies in the world were using SAP and still do.  This includes BMW, Lucent Technologies, Owens Corning, Georgia Pacific, Exxon Mobile, General Motor, and many more.  As more companies signed up, the product got better, because different templates were rolled out for specific industries operating in different countries:  oil and gas, manufacturing, finance, and even government.
SAP has many imitators: Baan, Oracle, Microsoft Dynamics, Siebel, and others.  Most of these companies now offer their product via the cloud as well.  Some companies, like Oracle, did not write their product from scratch.  Instead then assembled their ERP systems by buying up companies that offered different functions and then bringing them all under the same system.  One could say that runs counter to the idea of an ERP system, whose goal is to replace a bunch of different systems with one, thus getting rid of the need to write so many interfaces.
The ERP system is designed to match the business process flow from sales quotes to order entry to delivery.  For example, in order to manufacture something, there is the need to enter the bill of material into the production planning and materials management system.  Each subassembly can be either purchased or manufactured.  There is the need to make sure that parts and raw material arrive on time.  When the item is manufactured and shipped, a shipping notice and an invoice need to be created.  This creates ledger entries in the general ledger.  In order to buy these raw materials, there is the need to have enough cash or credit on hand, meaning the company needs cash and credit management.  To get the engineers to design the system and the warehouse workers to pick and pack it, there is the need for a human resource system to recruit, hire, and pay employees.  The ERP system does all of this.  The customer can install one small piece, called a “module,” or use the ERP system to run the whole business.
There is a large risk in installing and Enterprise Resource Planning system as it requires buy-in and cooperation from all the departments in the organization.  Each department has its own vested interest, politics, and technical hurdles.  Some managers want the new system, others do not.  So the ERP implementation requires executive sponsorship and involvement. One pharmaceutical company, FoxMeyer Drugs, did such a poor job of installing their SAP system that, when it launched, it did not work at all, driving the company into bankruptcy, when they could not process orders.  The same thing happened at Whirlpool, except they fixed their overburdened, slow-running their system quickly.
One benefit of installing an ERP system is it forces businesses to adopt best practices in order to use the software.  Those who advocate ERP systems would say that the business should adapt to the software and not the other way around. The ERP system is the cumulative result of years of industry experience installing the product in different industries.  By definition it does what works best, which we call “best practices.”
ERP systems have revolutionized the way that companies run their IT operations.  It has significantly reduced islands of automation in businesses and brought differing levels of standardization across business and industry.  This has helped to drive down costs and improve efficiency.