Home > Resources > What is Cloud Computing?

What is Cloud Computing?

Google, Apple, and Flickr pride themselves on cloud computing. What they mean is they let you store your pictures, music, books, and photos in servers located in their data center instead of your own local device.  That way you can, in the case of iTunes, play your music from the different devices you own.  These companies refer to this as the “cloud.” 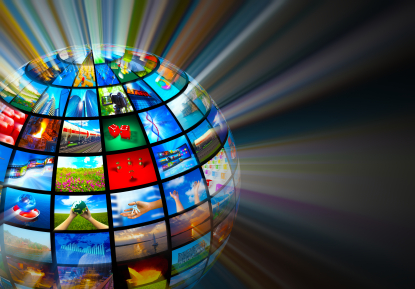 Let’s start with Infrastructure as a Service (IaaS).  When you understand that, you will understand the rest.  In the past decade, a small company called VMware has grown into a large one by coming up with a clever idea.  One server can operate as many by dividing up the machine into several virtual servers.  That means it runs more than one copy of the operating system at the same time.  Mainframes have always worked like this.  For PCs and UNIX servers, this was something new.
People in the hardware business, most notably Sun, have fallen on hard times, because what VMware did was point out that it is not necessary to buy separate computers for the database, web server, and application server when you can put that all on one virtual. The Sun Solaris servers used RISC (reduced instruction set) processors to offer high performance at an (unfortunately) high price.  Led by VMware, companies realized they could get the same performance by deploying virtual servers onto what is now called “commodity hardware,” which you and I would simply call “PCs,” except these pack more power that the laptop in your home.  These commodity servers are built using the 8086-type architecture that Intel invented back in the 1970’s.  So we have gone from expensive to less expensive hardware (hence the name commodity).  This commodity hardware delivers high performance by having multiple CPUs and tons of memory.
Platform as a Service(Paas) is much different.  That means taking what a company already has—web servers, database server, application servers, email, voice, and video servers—unplugging them from their own data center and moving them to a cloud-service provider.  This does not offer much benefit as the clients will still be responsible for maintaining much of this themselves, except it does reduce the need to have a data center.  IaaS, on the other hand, provides more cost savings.  The client benefits from the economies of scale from cloud-service providers, who has thousands of computers, located in handful of facilities, with lower per-unit air conditioning electricity bills, and fewer people to administrator more machines per employee.  The IaaS service provider also takes care of upgrading and backing up the machines.  This drives down costs for the client, who would spend more doing all of this themselves.
SalesForce.com is probably the most successful Software as a Service (Saas) provider and was one of the first.  Their clients sign up on a subscription basis to access applications that are hosted by the SalesForce.com.  There is nothing for the client to install. This lets companies get up and running in days instead of months.  It provides the ability to use the best-selling, most comprehensive and expensive software packages—like SAP, Siebel, and PeopleSoft—without having to install all of that themselves.  SalesForce.com as well as the other companies too have written their software so that third-party companies can add bolt-on products to the mix.  This gives you say, not only the ability to manage sales leads and quotes, but to take a closed sale and then move it over to the order-entry and logistics systems plus print an invoice and shipping notice.
Networking as a Service (NaaS) is less popular but is at the forefront of a new trend which is to replace proprietary hardware with software-based network functions.  The idea is to protect your company’s email and other applications from hackers and to provide remote, secure access to different offices and employees by locating routers, switches, virus detection, and firewall systems all on commodity hardware instead of having one different device for each function.  The NaaS service provider too can do security monitoring, plus spin up hundreds or thousands of instances of your web server to help protect your site when it is the target of a Denial of Service (DOS) attack.
Cloud computing has shaken up the market for hardware and made software vendors rewrite their application to support multiple companies using them at the same time without mixing one company’s data with another.  It promises cost savings and increased service performance.  So far its promises are largely true.  Cloud computing is here to stay as the biggest software companies—IBM, Google, Amazon, Microsoft—have gotten into the business.