While the name is certainly interesting, HideMyAss (also known as HMA) is a popular global VPN service that promises competitively fast, ultra-secure VPN browsing. But does it live up to that promise? While it is one of the most well-known VPN service providers, its reputation has been rocky in recent years.

In recent history, HideMyAss was accused of storing logs of user data after stating they have a no-logging policy. However, what many users need to take into consideration is the location of HideMyAss. It is located in the UK, which requires different data privacy and information collection to remain compliant with both local and international law.

While there may have been issues in the past, HideMyAss offers an impressive network of servers around the world that offer security and privacy for all users. With simple to understand price structures, a robust selection of features, and an easy to use interface, HideMyAss is quickly becoming a leading VPN provider.

To help clear up some of the common accusations leveled at HideMyAss, we decided to write a thorough review to detail the features, pricing, and world-class security that HideMyAss has to offer. Here’s everything you need to know about HideMyAss and why you should consider signing up if you’re searching for a VPN service.

HideMyAss offers three price tiers to choose from, all offering the same great features and internet privacy. Some VPN service providers offer various pricing based on the number of features and overall quality of the service. With HideMyAss, you’re getting the same great service, connection, and reliability regardless of what plan you’re on.

If you don’t want to commit to a long-term plan, HideMyAss offers a month-to-month plan for just $11.99 per month. While it isn’t the cheapest month-to-month option, it’s still a fairly good price for a high-end VPN service without a commitment. When paired with an industry-leading 30-day money back guarantee, the month-to-month plan is a great option for anyone looking to try out a new provider or for someone who hasn’t used a VPN before.

If you know that you want your VPN service for the long-term, there are two additional plans that you can purchase to get serious discounts. The 12-month plan is just $6.99, saving you almost 50% off your subscription when compared to the monthly option.

If you want an even bigger discount, the 24-month plan is just $4.99 per month, or $119.76 for two full years of VPN access. Whether you’re looking to test out a new provider or commit to something long-term, there is a plan that’s right for you.

We love that your features aren’t limited based on the plan that you choose. What many people don’t realize is that HideMyAss is actually part of Avast, a leading global privacy and security company that often sets the standard for online security around the world. That means that you’ll get many of the same great features and benefits that you’d receive with any other Avast product.

Whether you’re on the monthly plan or the 24-month plan, you won’t be limited on the features and functionality of your HideMyAss account. Here are some of the top features that you’ll get with your VPN account:

HideMyAss has responded to the various criticisms over the years, from sub-par privacy to logging user data. We’re impressed at just how far HideMyAss has come and how seriously it takes customer concerns.

Speeds are consistent and reliable, and there are servers in more locations than you’d find with most other VPN providers. Almost 200 countries means you can connect to a server virtually anywhere in the world, all while experiencing consistent, reliable, secure connections.

Speed is certainly important when browsing the internet, and with some VPN providers severely restricting speeds, browsing on a VPN can drastically impact your online experience. The great news is that you’ll experience very consistent, fast speeds regardless of what HideMyAss server you connect to.

While the speeds aren’t the fastest, they’re consistent across most servers, which is important for those that like to change servers regularly for increased privacy and security. Most servers don’t decrease speeds by more than 25% – 30%, which is impressive considering there are many VPN providers that average speed degradation of 50% or more.

The consistency of speed speaks directly to the quality of the network. They’ve obviously put a lot of time and energy into upgrading and enhancing their vast global network, and it translates into faster speeds for users. With a network of servers in almost every country in the world, you can get fast speeds regardless of where you’re located.

HideMyAss now has dedicated streaming and P2P servers, meaning you can access your favorite content and geo-restricted content with ease when you sign up for the service. One of the reasons that it’s so easy to use Netflix on HideMyAss is the sheer number of servers. When providers have fewer servers in fewer countries, it makes it easier for Netflix’s VPN-blocking programming to detect the VPN connection.

Even better, the dedicated streaming servers optimize bandwidth and traffic flow to minimize lag and keep your streaming experience seamless. You can easily and securely get around geo-blocked content, meaning you can unlock new content with almost every server that you connect to. With servers in almost 200 countries, you can discover new content every day. 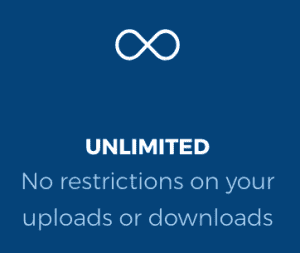 Just like streaming, HideMyAss has dedicated P2P servers to make your file sharing fast, secure, and private. Many VPN providers don’t even support P2P, so it’s nice to see dedicated servers and support that make torrenting fast and simple.

In addition to having dedicated servers, you’ll find tons of great articles and how-to guides on connecting to P2P servers and sharing your files with anyone in the world. With HideMyAss, you won’t have to worry about torrenting activity anymore.

One of the top features of HideMyAss is the simple, streamlined desktop and mobile app that you can download right from the website. When you download the dedicated Windows PC desktop app, you’ll get set up and connected to one of HMA’s ultra-secure servers in just minutes.

The clean, intuitive interface makes it easy to connect to servers, view connection information, and personalize your VPN experience. You don’t need to have any technical know-how, and the desktop program makes it extremely simple to get connected. There are limited options and features on the desktop app, which makes the entire experience very straightforward and stress-free.

Currently, the HideMyAss desktop app is available for Windows 10, Windows 8, and Windows 7. There aren’t any security or speed compromises when you use the software on Windows as well, which is always a nice bonus.

HideMyAss has mirrored their very successful Windows PC desktop app and made it available for Mac users, making your already safe and secure Mac device that much safer when you browse online. The Mac version is identical to the Windows PC, offering the same experience and simplicity that makes it so fun to use.

Available on the latest versions of macOS, HideMyAss is very easy to download and use, allowing you to get started in just minutes.

In addition to being available on Windows PC and Mac, you can use HideMyAss on your Android and iOS devices, and there’s even a dedicated Linux desktop app that you can download. Regardless of what device you use, you can connect through HideMyAss.

With up to five devices per account, you can safely and securely browse on all of your devices.

Another impressive feature that HideMyAss has to offer is the sheer number of servers that they have across the world. As we’ve mentioned, HideMyAss has over 900 servers in almost 200 countries, meaning it’s one of the largest networks in the world. The number of locations alone is enough to make HideMyAss a top contender for anyone looking for a new VPN provider.

The security is where some users may question the reliability of HideMyAss. While there may have been accusations of data logging in the past, the UK-based company operates under different privacy laws than what you’d find in other countries. It’s important to understand how these privacy laws impact you when you’re browsing on a VPN.

There were two widely-known cases of HideMyAss handing over information about users to criminal investigators, ultimately leading to charges in both cases. While that may be concerning for some, you’d be hard-pressed to find a VPN provider that condones illegal activity on their network. The strict privacy laws in the UK meant that HideMyAss was legally required to keep some log data in these legal cases, which is how the evidence was turned over to authorities.

The bottom line is that while HideMyAss operates under strict privacy laws, virtually every VPN service provider has some form of basic logging that occurs, even if the logs are deleted at the termination of a VPN session. In addition to minimal logging, you’ll also find strict user agreements that prohibit illegal activity on these networks.

The only reason you should be worried that your information may be logged and stored is if you’re doing something you shouldn’t be doing. HideMyAss takes privacy and security very seriously, but they also believe in ethical business practices.

HideMyAss offers military-grade encryption on all its servers, which keeps your information safe and secure online. The desktop and mobile app let you quickly switch between servers as well, which is ideal for increased security and anonymity.

HideMyAss previously did not have a live support feature, but after being acquired by Avast, a dedicated support team was added, which is always a nice feature. If you can’t find what you’re looking for in the self-help guides, you can also turn to the vast HideMyAss user community.

Simply click Ask the Community on the support page and you’ll be given list of options, such as VPN Support for Windows or Questions and General Conversation. Browse through the thousands of comments and questions or post your own to get a personalized solution from another user.

HideMyAss does have a rocky history, but since being purchased by Avast, it’s turning into a solid choice for a VPN provider. One major concern is the UK privacy laws that HideMyAss is forced to comply with, which means your information can be turned over if required by law. While this does raise some concerns with the overall privacy of HideMyAss, the two instances that information was released were in extreme violations of the law.

The updated server protocols increase privacy and security, giving you peace of mind that your browsing is safe from unwanted eyes. The monthly pricing option could be better, so after a month or two we do recommend switching to a multi-year plan for some serious discounts.

Overall, HideMyAss is a solid VPN provider that’s made some impressive changes in recent years. If you’re concerned about the privacy and logging policy, we certainly don’t blame you. With plenty of features and a 30-day money back guarantee, it’s the perfect time to test it out to see if the service works for you.

Editors Rating: 8.9
Visit Site
Disclaimer The information presented on this site has been compiled by our editorial team, and although we make every effort to keep it up-to-date, misrepresentations and inaccuracies are possible. We recommend that you contact the providers listed below directly to verify any information that's of importance to you. The ratings in our listings are based on our research. Some of the providers listed pay referral fees to this website and even provide us with free access to their platforms, which may at times impact the order and manner in which they are presented. We take no responsibility for the accuracy of information listed below, though we do update it regularly. This information is subject to change at any time.