Windscribe is relatively new to the world of VPN providers, but it’s making a global impact. With almost 500 servers across the world and a dedicated chrome browser extension that’s used by over a half million users, Windscribe is rising to the top of the premier VPN providers list. Windscribe is known for having impressive data encryption, privacy, and security when you browse online, which is really what a VPN is all about.

In addition to industry-leading security and privacy, you’ll get access to proprietary software, virus blocking, and advertisement blocking across your connected devices. In addition to being a solid choice for advanced privacy and security, there’s a free VPN plan option that you can use indefinitely. That’s right, you can use Windscribe completely free.

Let’s take a look at the features, pricing, and overall performance of Windscribe. In our Windscribe review, we’ll show you the pros and cons of using the service to help you decide if Windscribe VPN is right for you. 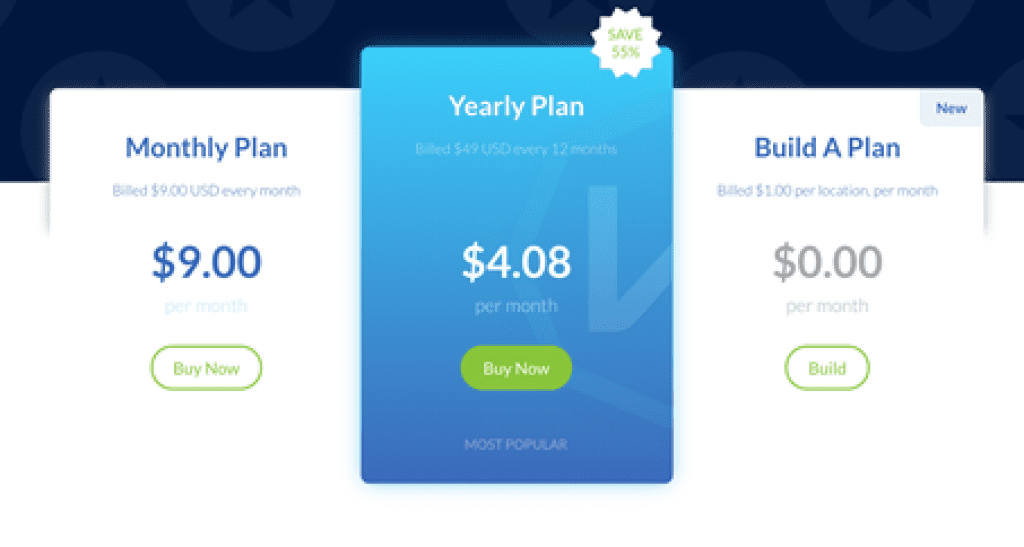 As we mentioned, there is a free plan option offered by Windscribe that you can use indefinitely if needed. All you need is a confirmed email account, and you can get started browsing safely and securely. The free plan comes with up to 10GB of data per month, and unlimited server connections to servers located in more than 10 countries. When compared to other free plans that you might find at competitor providers, this free option is one of the most competitive offers on the market.

The most common ‘free plan’ tactic is a limited-time free trial, or an extremely limited amount of data. With Windscribe’s free plan, it really is free, and you can use it for as long as you’d like.

If you want unlimited data, access to more servers in more locations, and a more robust lineup of features, we recommend upgrading to one of the three paid plan options. Windscribe does have a monthly plan that is competitively priced at $9 per month. There are no commitments and you can cancel your service at any time.

Pay annually and you’ll save over 50% on your VPN service. The annual plan comes to just $4.08 per month, or $49 per year, making it a great option for those that know they want to use the service for a while.

Finally, Windscribe offers a third, unique price point. Rather than paying an overall subscription price for monthly or annual plans, you can build your own plan based on server locations. At just $1 per location, per month, you can save money by selecting just a few locations that you’ll connect to regularly. This plan gives you the full functionality of Windscribe’s premium service without as high of a cost.

Every paid Windscribe plan comes with a ton of great features. From advanced security protocols, unlimited bandwidth, a vast number of servers to connect to, and malware and advertisement blocking, Windscribe has just what you need to stay safe online.

Windscribe offers the following features on all of its paid plans:

These are just a few of the top features that you’ll have access to when you sign up for a Windscribe account. Windscribe is known for its high-end security protocols, ease of use, and dedicated streaming servers, which is why it’s such a popular choice around the world.

If you’re someone that needs top speeds when connecting to a VPN service, then Windscribe may not be right for you. While the speeds are slower than some providers, the speeds are fairly consistent, meaning you’re going to get a consistent experience regardless of what server you connect to.

VPN users value speed, and that’s something that Windscribe will need to address in the near future. Whether it’s through additional servers or upgrading existing ones, Windscribe has an opportunity to increase speeds and maintain them. With Windscribe being so new, we wouldn’t be surprised if that’s close on the horizon. 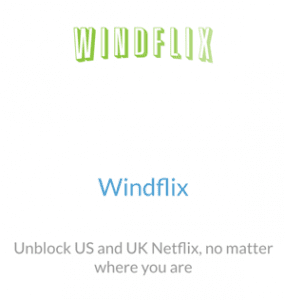 When you first test out Netflix on Windscribe, you’ll more than likely receive an error message stating that the service is not available. Before you cancel your Windscribe account, you’ll need to connect to a dedicated streaming server, called a Windflix.

These servers are located in the United States and the United Kingdom and are specifically designed and operated for you to watch Netflix.

No matter where you are in the world, if you connect to a Windflix server, you’ll unlock content in both the United States and the United Kingdom. These servers circumvent Netflix’s geo-restriction protocols, allowing you to unlock new content anywhere in the world.

There are VPN providers that support streaming and Netflix, but there aren’t many that offer servers dedicated to streaming Netflix. When you sign up for Windstream, you can stream Netflix without any worries of being blocked.

Some VPN providers offer dedicated torrenting servers, but many are now discouraging torrenting due to updated privacy and data laws. Currently, Windscribe does support torrenting, although there are no dedicated servers that you can connect to.

There may be servers that restrict you from P2P sharing, and there are others that work perfectly well with torrenting. You’ll also find dedicated resources in the Windscribe knowledge base to help you get started with some of the most popular torrenting platforms, so it’s safe to say that Windscribe isn’t going to ban torrenting on the network any time soon.

The dedicated desktop and mobile apps are one of the strong suits of Windscribe. The simple, easy to use platform allows you to get connected to a secure VPN server in just seconds. The interface is easy to understand and lets you quickly switch between servers.

You can select your individual server connection, set up your personal profile and preferences, and quickly connect and terminate your connection right through the dedicated desktop application. The software is compatible with the latest Windows operating system versions, and there are no security compromises when using the application on a Windows device.

We all know that Mac desktop and laptops are extremely secure. When you use the dedicated Mac desktop app from Windscribe, you’re making your device even more secure. Just like the Windows application, you can control everything about your VPN connection and account right from the intuitive dashboard.

Connect to new servers with ease, check your connection status, and bypass geo-restricted content right from your desktop app. The Windscribe desktop app is currently available for the latest versions of macOS.

In addition to dedicated software for Windows and Mac devices, there are also dedicated mobile apps for Android and Apple devices. Have a Linux device? You’re covered too. Take your internet protection a step further by downloading the Firefox and Chrome browser extensions. 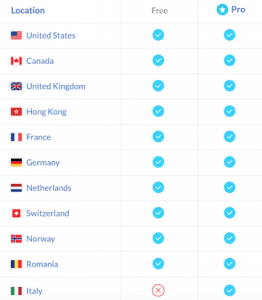 Windscribe has almost 500 servers in over 60 countries, making it an impressively large network. There are servers on most continents, allowing you to connect virtually anywhere in the world.

Windscribe regularly upgrades and improves servers, and always updates server availability. You’ll see live updates on what servers are available and what servers are down, allowing you to choose the right server based on your location and needs. 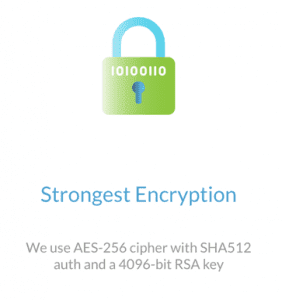 Windscribe keeps your data connection secure through the browsers’ extensions by offering an AES 128 encryption cipher on all of your data traffic, which is one of the top security protocols available today. What Windscribe may lack in speed it more than makes up for in security and privacy.

They also employ a very strict no-logging policy, and any temporarily stored information is dumped as soon as your VPN connection is terminated. In an industry rife with shady logging policies and cases of stored user data, Windscribe makes it very clear that they do not store your information.

When it comes to security, Windscribe is one of the most secure and private VPN connections on the market today, which is why it’s one of our top choices for service providers.

Windscribe has a vast selection of intuitive self-help guides and articles, making it easy for even novice VPN users to get started. Simply search for your topic or browse the countless articles on their support site. The guides often lead you to instructional videos that walk you through exactly what you need to do to either set up your service or resolve an issue you’re having.

If you can’t seem to resolve your issue through the self-help portal, there are additional support options. Windscribe hasn’t quite caught up with the rest of the industry and still uses a ticketing support system. While your issues are sent directly to a live support representative, a ticketing system may mean you won’t get a response for a day or more.

You can use a chat feature that connects you to a chatbot, but the responses are often hit or miss. Unless you’re general and vague about your question, or use a targeted keyword, you may get responses that don’t quite align with your issue. 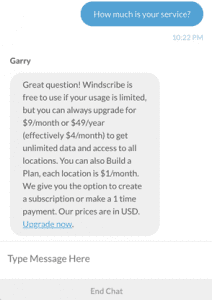 After testing out the chatbot for a few general questions, the responses seemed accurate. For example, asking about prices resulted in a straightforward summary of the pricing options. Asking a technical question, such as why servers were down, led to a similar general response that didn’t quite resolve the issue.

Windscribe has a lot of great features that both new and experienced VPN users will enjoy, but the service still has a way to go. The pricing offers both standard and unique pricing structures, which is always nice to see. Windscribe is really known for a simple user experience and ultra high-end security protocols, which are two of the most important aspects of any VPN provider.

However, speed and customer support seem to be lacking. You’ll want to connect to Windscribe using a high-quality internet connection with fast speeds in order to reduce the noticeable speed impact. If you have an in-depth support issue, submitting a ticket may be best, but you’ll need to wait at least a day for the response.Overall, we are impressed with what Windscribe has to offer, and being so new to the VPN industry, we’re excited to see how the services develop in the near future.

Editors Rating: 8.1
Visit Site
Disclaimer The information presented on this site has been compiled by our editorial team, and although we make every effort to keep it up-to-date, misrepresentations and inaccuracies are possible. We recommend that you contact the providers listed below directly to verify any information that's of importance to you. The ratings in our listings are based on our research. Some of the providers listed pay referral fees to this website and even provide us with free access to their platforms, which may at times impact the order and manner in which they are presented. We take no responsibility for the accuracy of information listed below, though we do update it regularly. This information is subject to change at any time.